2018 was a challenging year for retail FX brokerages with many of them being sold over the counter and others struggling to implement the new rules mandated by regulators.

What we can say is that 2018 was first and foremost a year of new regulation. Legal teams have been working hard to structure businesses differently and/or adapt to the new rules. Quiet contrary to the goals of the regulators’ goals, offshore is once more becoming the broker’s common strategy, especially to continue to offer high leverage to retail clients.

Rise of the Offshore

As a result of the new rulings, 2018 was the year of renewed interest in offshore companies. Although it is not a business model that I personally support, it’s totally understandable that a client, with little capital, would rather go for a high leverage account with an offshore setup than an account in a safe jurisdiction with lower leverage. Security of funds concerns on a 500 Euro account aren’t quite the same priority as on a 50k Euro account. A lot of brokers are showing an FCA offering with a maximum leverage of 30:1 beside an offshore option with a 500:1 leverage. Which one would you choose if you had 500 Euro to deposit?

Shrinking away of Prime of Prime

2018 also saw a reversal of the trend on the prime of prime model, a model that was highly prized in 2017. This was mostly due to the new regulatory rules that have been enforced but also, and more importantly due to capital requirements. Even though I have always considered the prime of prime model to be the best option out there, we have seen a shrinking of the prime of prime sector. The capitalization and credit history that is now required, makes it an often complicated and expensive option. 2017 was the year when “prime” was the ultimate buzz word that every broker added to their name but, in reality, there are very few “real”, “true” prime of primes operating in today’s market. 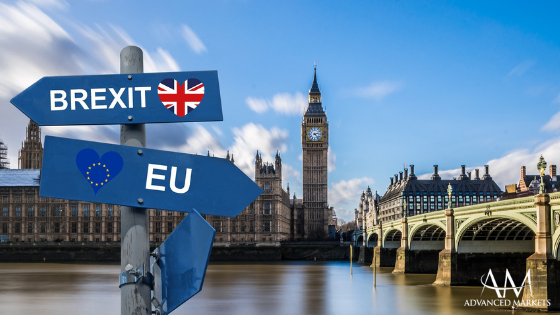 2018 saw a year of Brexit uncertainty. As a French man, with many friends and family living in London, I live the complexity of the situation. With the vagueness of Brexit, and the precariousness of its implementation combined with the application of MiFID2, it has never been as hard as it is today to make the decision to launch a business in the UK. Although there is still a lot of uncertainty, the regulation in UK remains one of the strongest and London remains the global centre for FX. While the market seems to be pricing in a somewhat orderly Brexit with a last-minute agreement, the possibility of a “no deal” could be devastating in the short-term. This situation is clearly beneficial for those jurisdictions outside the UK who become more attractive for those brokerages looking for a regulatory home. Having said that, there’s a reason why registration in a tier 1 jurisdiction, such as the UK, is still one of the most sought-after licenses to be had. The benefits offered, particularly in oversight and client protection, would tend to outweigh the risks presented by events such as Brexit.

Last but not least, I had assumed that the profit-sharing model would have been a thing of the past, especially following the SNB announcement, back in January 2015, where they unexpectantly scrapped their three-year-old cap on the Swiss Franc. It therefore comes as a surprise that we are actually looking at profit-sharing arrangements on the rise again amongst some participants. Obviously, the offer may look attractive, but we have learnt that it isn’t necessarily a safe bet. The risk of losing your funds and/or that your broker goes bankrupt under this particular model is high. You could, alternatively look to less attractive, safer models that instead focus on best execution and complete transparency.

Will 2019 be the year of the glitch? With the fall of the cryptos and its knock-on effect on the market, the exponential number of robots and ever-increasing forms of AI coming into play, the looming Brexit and an increase in offshore jurisdiction, we should expect to see high volatility in the markets in 2019.

It is now more pertinent than ever to implement best execution practices and choose very strong liquidity and technology partners. So, to the banks, prime brokers, prime of primes, brokers, fund managers, asset managers, traders, developers out there, make sure to seek out the right partners and have all your safety checks in place.

2019 if not the year of the glitch, has to be the year of safety. Happy safe trading to all! When is it time to move away from retail and become professional?