As the world is facing global pandemic fears, investors around the world are still scrambling to figure out how to re-distribute their portfolios to minimize losses and diversify their investments.

Just within the last few months the world has witnessed events that are so unique and unprecedented that financial markets are at the inflection point and crippling effects are felt throughout different industries.

Traditionally, hedge funds thrive in this type of high volatility environment as their strategies are better positioned to take advantage of disruptions in the markets and recent market statistics show that hedge funds outperformed the market in March 2020 when coronavirus pandemics halted the global economy even though performance vastly differs depending on a type of the fund with managed futures funds showing the best results.The universe of funds was the only primary strategy with positive average returns in March and had by far the best proportion of products able to produce gains, with 53% of managers positive in March. Additionally, some of the largest funds in the space have produced very good results.

Hedge Funds and the FX Market

Hedge funds have their origin in the speculation in international currency markets. Currencies have trends, crises, and turnarounds, all of which makes them ideal for speculation. But rarely does anyone invest directly in FX markets expecting long-term appreciation. Currency markets are speculative in nature, they are not investment markets. The same statement holds true of commodity markets. Hedge funds are now very active in stock markets and are making stock markets much more like currency markets, that is, as vehicles for speculation rather than investment.

The FX market has proved disappointing to lots of investors in the years since the 2008 financial crisis, when the world’s biggest central banks launched stimulus programs to help breathe life into struggling economies. With monetary policies around the globe moving in one direction, currency markets turned quiet, robbing fund managers of the volatility they needed to deliver performance. Funds that specialized in currencies started to wind down, with a few large firms closing their doors as mediocre returns drove investors into more attractive assets, such as global equity markets.In another jolt to the already under pressure industry, the Swiss National Bank’s removal of the Swiss franc’s peg against the euro on 15 January 2015 severely impacted hedge fund returns, with assets under management falling even further. In addition, flash crash events began to periodically occur in currency markets, adding more fuel to an already burning fire.

Much of the decline in FX investment in the previous decade was attributed to central bank intervention post-2008 crisis, while a compression of interest rates literally put a stop to the popular “carry trade” that was the essential strategy of many Forex hedge funds over the years. Investors borrow a low-yielding currency and sell it to buy a higher-yielding currency. With the impact of quantitative easing now finally diminishing, I expect other macroeconomic drivers to influence global currency markets, bringing in the divergence and volatility that funds are craving.The Citi Parker Global Currency Manager Index, which tracks the performance of 14 Forex programs representing nine distinct investment styles, in 2018 declined to its lowest level since 2003. Despite a slow start of 2020, currency markets are no longer sleepy.Global coronavirus pandemic caught financial markets off guard. As of March 2020, global stocks have seen a downturn of at least 25% during the crash, and 30% in most G20 nations ending the longest economic expansion and longest bull market in US history.Similarly, to 2008, monetary intervention kicked in around the world injecting an unprecedented amount of money into global financial markets. Dollar funding markets squeeze forced the US Fed to announce unlimited QE (quantitative easing).And oil crisis to top it all off…

All these disruptions spilled over into the currencies market bringing back massive currency swings we haven’t seen taking place for a long time now.

FX VolatilityMost pundits now agree that the world order will change post-pandemic and our generation will witness major shifts in the financial markets as well as changing roles and influence of major world institutions like WHO, EU, IMF and others.Economic shocks and aftershocks will be felt for some time across the markets and will spill over into FX markets on a forward-looking basis. There are few pegged currencies left in the world and few countries can turn on the printing press like the US and EU do, therefore, we can expect that FX volatility is here to stay as economic effects felt will ultimately manifest itself in fluctuating currency rates.Such environment is conducive to introduce active FX strategies and establishing FX funds as investors are looking to take advantage of currency moves and find returns that are now absent in bond markets. 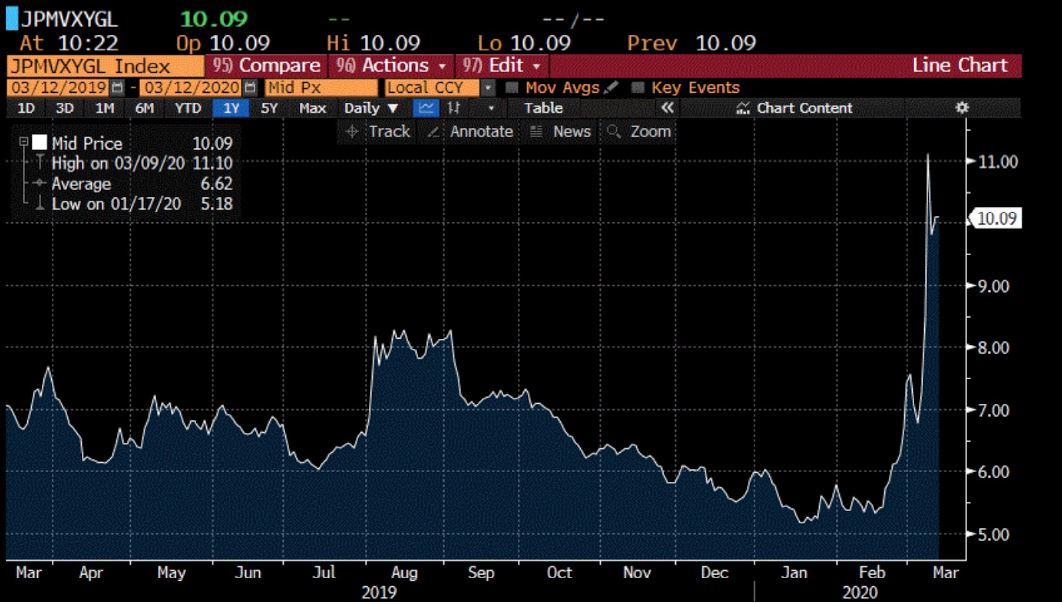 Recent events are proving that the sleeping lion is not asleep any longer and that investors around the world are hungry for currency market exposure again, particularly, those investors exposed to, or operating within, emerging market economies.If you are looking to establish an FX Fund in 2020, there are a few regulatory frameworks that were launched in the last five years that you can take advantage of.These frameworks allow one to launch investment management funds in top jurisdiction with fast lead time, reasonable capital requirements and light regulatory regime.Download Hedge Fund Startup Jurisdictions Summary to learn more.

Another challenge FX investment funds are now facing increased hurdles in their attempts to locate reliable and reputable FX prime brokerage services as the amount of required capital has jumped significantly, along with tighter admission criteria and raised fees.

The Prime of Prime allows for faster access to currency markets and offers accelerated time-to-market as funds can tap into existing well-functioning infrastructures.

Advanced Markets offers higher leverage than a Tier 1 PB as well as “plug and play” integration into a single aggregated feed via an industry-standard FIX API or standard adaptors/connectors to various aggregators and ECN platforms.

As the global economy goes through a number of disruptions, there is no doubt that a growing number of hedge funds will be looking to leverage currency trading to their advantage. There is also an increased need for the ability to hedge currency exposure amongst other players, such as private equity firms that are heavily exposed to volatile emerging markets economies.